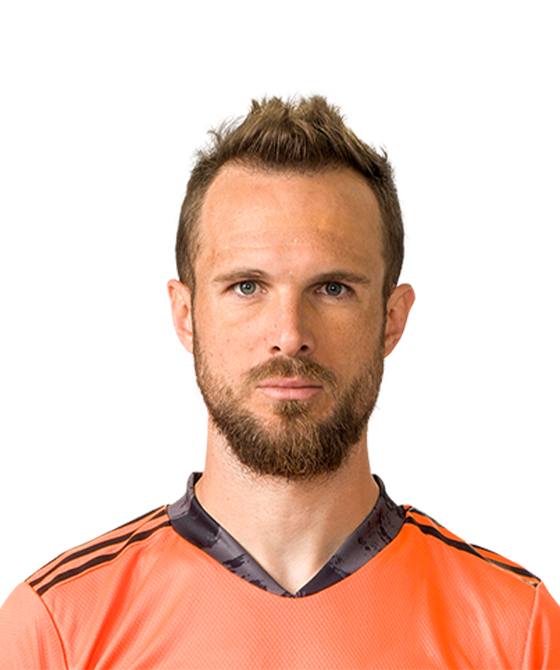 Stefan Frei is a goalkeeper for the Major League Soccer team Seattle Sounders FC (MIS). Frei was awarded MVP of the 2009 MIS Player Combine in Fort Lauderdale, Florida, and signed a deal with Generation Adidas. Toronto FC selected him in the first round (13th overall) of the 2009 MLS SuperDraft. On December 10, 2013, he was traded to Seattle Sounders FC. During the 2016 MLS season, Frei was one of the finest goalkeepers in the league, recording eight clean sheets in 33 games.

As a senior at the University of California, In 21 games, Frei made 82 saves for a GM of 0.77. He was named in the MAC Hermann Trophy Watch List and was named a third-team All-American by College Soccer News. Furthermore, Frei was named to the Top Drawer Soccer First Team, the Fast Team All-Pacific 10, and the NSCAA First Team Far West All-Region. Fret appeared in 20 games as a junior, making 91 saves with a 0.77 goals-against average. He was awarded to the National Soccer Coaches Association of America's (NSCAA) First Team All-American team. He was also chosen to the NSCAA First Team Far West Region and received First Team All-Pac 10 honors. Frei appeared in six games as a sophomore. As a starting point, I'd say five. With 18 saves, he had a 0.59 GAA. He had the most mentions, saves, saves percentage, and saves per game in the Pac 10.

Frei was born on April 20, 1986, to Erwin and Marlies. He now lives with his wife and two children. Stefan was selected for 2005 Athlete of the Year while attending De La Salle High School. German goalkeeper Oliver Kahn is his idol. However, Dutch footballer Edwin Van der Saar is the player he'd love to play against.

Frei relocated to the U. S. with his parents when he was 15 years old. He went to the De La Salle High School in California.

He was also a part of the college soccer team of the University of California, Berkeley. He was chosen to the All-Pac-10 first team, the NSCAA Far West All-Region team, and the Top Drawer Soccer Team of the Season in 2008.

Frei was awarded MVP of the 2009 Major League Soccer Player Combine in Fort Lauderdale, Florida, and signed with Generation Adidas. Toronto FC selected him in the first round (13th overall) of the 2009 MLS SuperDraft. On March 21, 2009, he made his professional debut against the Kansas City Wizards in Toronto's first game of the 2009 Major League Soccer season. He quickly established himself as the team's first-choice goalkeeper. Shortly after, Frei was voted Toronto FC Player of the Month for April 2009. He also won MLS Save of the Week three times in a row during the 2009 season, for weeks 15, 24, 25, and 26.

Frei appeared in three games during the 2009 Canadian Championship, going 3-0 and making crucial stops in the last game to ensure Toronto FC would win by at least four goals on goal differential and take home their first championship. He recorded his first clean sheet of 2010 on April 25 in a 2-0 home win over Seattle Sounders. Frei graduated from the MLS Generation Adidas program at the end of the 2010 season, as announced on November 18, 2010.

Aron Winter, the new coach, claimed in an interview in January 2011 that he has been thoroughly impressed with Frei's ability. Frei's first clean sheet of the season came in the second game of the season, a 2-0 home win over the Portland Timbers on March 26. At the end of the season, Frei stated that he would be training with Liverpool and returning to Toronto before pre-season training.

Frei sat out the second leg of the 2011–12 CONCACAF Champions League quarterfinals after making his season debut against Los Angeles Galaxy on March 7.

After a year of rehabilitation, Frei returned to the 2013 pre-season as the starting goalkeeper. On April 24, 2013, Frei made his first start in over a year in a Canadian Championship match against Montreal Impact, which Toronto won 2–0 at home.

On December 10, 2013, Frei was drafted to Seattle Sounders FC in return for a conditional choice in the 2015 MLS SuperDraft.

During the 2016 MLS season, Frei was one of the finest goalkeepers in the league, preserving eight clean sheets in 33 appearances. Frei was named Major League Soccer Cup 2016 MVP after making 7 saves in the game. His decisive save on Jozy Altidore's header in the second half of extra time has often been described as "one of the best saves in the game."

Frei continued to establish himself as one of the league's best goalkeepers during the 2017 MLS season while also keeping 13 clean sheets, more than any other goalkeeper. Frei only made four saves in the Playoffs en route to the MLS Cup final. Toronto won 2–0 to win the MLS Cup, Supporters' Shield, and Canadian Championship in an unprecedented treble, and Frei drew praise in the media for his performance thanks to a string of impressive saves to keep the score level at halftime and made nine stops within the first hour of the game. Stefan Frei finished third in the MLS Goalkeeper of the Year Award. He finished second the following year, only behind Zack Steffen.

After an injury in May 2021, Frei came back to the starting lineup on September 11, with a triumph over Minnesota United FC by 1-0.

If you are a fan of Stefan Frei, you might want to keep a tab on this page for Stefan Frei NFT cards on sale. You can buy Stefan Frei NFT cards ranging from Stefan Frei rookie cards, Soccer cards, & other merchandise. You may also check Stefan Frei’s stats, Goal moments, rank, age & height from this page. Follow LootMogul.com for sales on NFTs related to Stefan Frei. Play Stefan Frei quiz games and trivia, and win exciting prizes on LootMogul. Speed, knowledge and skill will help you win big in the trivia contests. Visit quiz.lootmogul.com to play trivia games on your favorite influencer!