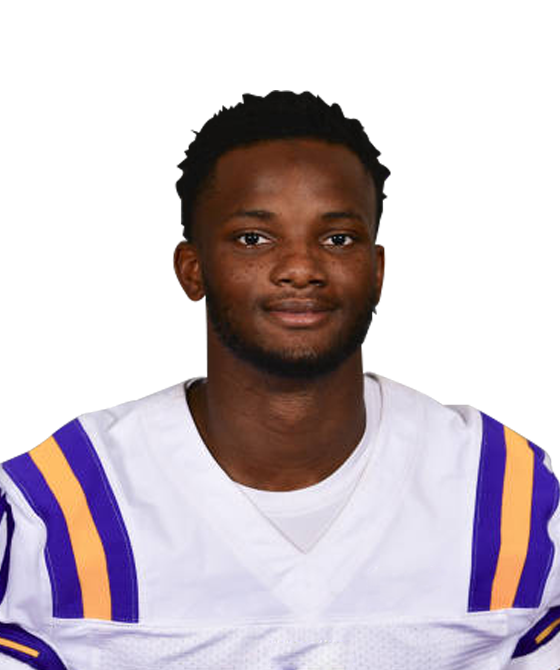 Terrence Wesley Alexander is an American football player. Born in New Orleans, LA, to Bandele and Keisa Alexander, Terrence Wesley has two siblings, Kenneth and Bailee. He earned his bachelor’s degree from Stanford in communications in 2018 and is currently pursuing his master’s degree at LSU.

In his high school, John Curtis Christian, LA, Terrence played under head coach J.T. Curtis. Under Curtis’ guidance, he led the team to win three state championships from 2011 to 2013. John Curtis Christian out-scored its opponents by 100-16 in 2011-13 state title games. Terrence was ranked as the nation’s 28th, 32nd and 36th-best cornerback by 247Sports, Rivals and ESPN, respectively. He was also a top-20 Louisiana recruit by Scout, Rivals and 247Sports. 247Sports also titled him as a four-star recruit.

During his four years of varsity football, Terrence recorded more than 70 tackles, 42 tackles for loss and 12 interceptions. He also lettered in track and field and propelled John Curtis to indoor and outdoor state titles three years in a row. In addition, he won multiple awards, including the 2013 Athlon Sports All-Louisiana first team, 2013 All-State, 2013 All-Metro and 2013 All-District.

Terrence spent four seasons at Stanford and played 41 games with three starts. He registered 57 tackles and eight pass breakups. As a Freshman in 2014, he played in 13 games and had 13 tackles, 8 of which were solo. His career debuted in a match against UC Davis. In a match against Washington State, he had 4 tackles, including 3 solos. He also got 2 solo tackles at Arizona State and 3 tackles at Oregon.

In his junior year of college, 2016, Terrence played 13 games in which he got 12 tackles, 11 out of which solo. He had four kick returns for 41 yards and one pass breakup vs USC Season. He got four solo tackles at UCLA, one solo tackle and a four-yard kick return at Washington, one tackle, one forced fumble and one kick return for 16 yards vs Washington. Terrence made one tackle and 17-yard kickoff return vs Colorado, one tackle at Cal and three tackles vs Rice, in which two were solo.

As a Senior student of Stanford in 2017, Terrence got two solo tackles in the season opener vs Rice. However, he missed the remainder of the season due to his injury. He got the membership of the National Honor Society.

Terrence spent four years at Stanford before playing his final college football season at LSU. He played for one year with the Tigers after joining LSU in the summer of 2018 as a graduate transfer from Stanford University. Terrence prepped at John Curtis in New Orleans before returning to the field in 2018 after suffering a season-ending injury during the 2017 season-opener at Stanford.

Terrence played in all 13 games with five stars against Miami, Southeastern Louisiana, Rice, Texas A&M and UCF in the Fiesta Bowl. He recorded 23 tackles and capped the regular season with an LSU career. He got six tackles against Texas A&M and five tackles in a road win over Arkansas. He was one of three graduate transfers for the Tigers in 2018, along with QB Joe Burrow of Ohio State and PK Cole Tracy of Assumption College.

Play Terrence Alexander quiz games and trivia, and win exciting prizes on LootMogul. Speed, knowledge and skill will help you win big in the trivia contests. Visit quiz.lootmogul.com to play trivia games on your favourite influencer!